Excerpt from the Article “Immigration Idealism’ 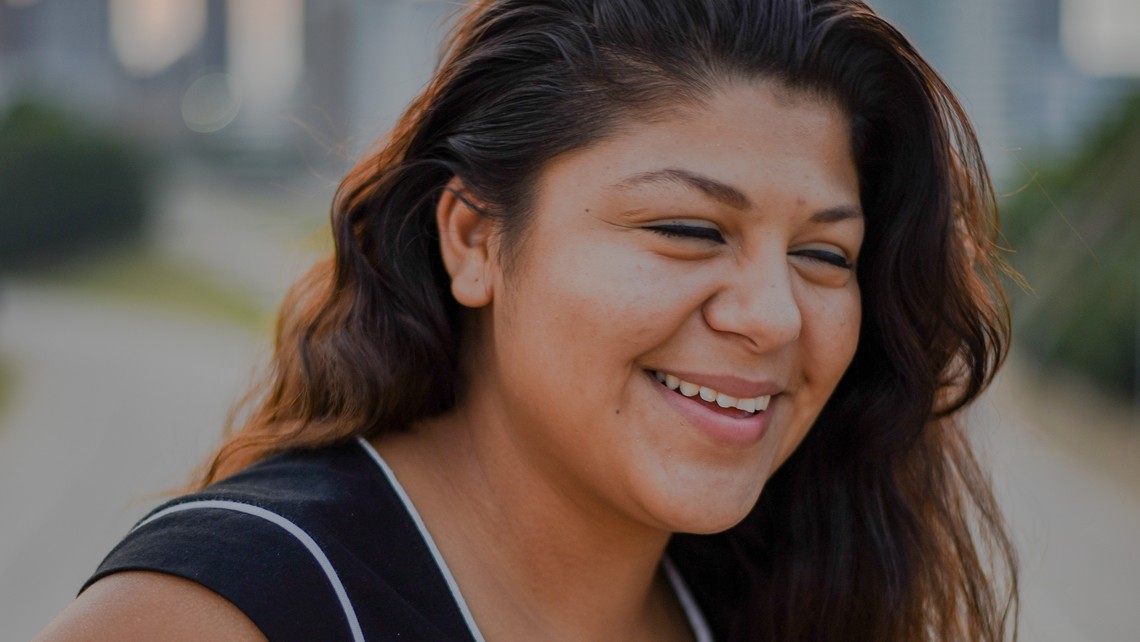 The magazine, FIRST THINGS, is described as “a publication of the Institute on Religion and Public Life.”  The article identified above as “Immigration Idealism” runs through six pages in the May 2019 (Number 293) issue (i.e. from 43 through 48).  The section excerpted below is taken primarily from page 46-47.  I highly recommend reading the whole article. ~Fr. Summers

Pope Francis … has also said that prudence must govern migration policy.  ‘This means you have to ask yourself first: How much space do I have?  Second: you have to remember it’s not just about taking them in, but also integrating them’ he said in 2017.  He also said that ‘Europe [and the United States] will be able to confront the problems associated with immigration only if it is capable of clearly asserting its own cultural identity’ [underlying added].  These statements tend to be overlooked by the people who eagerly repeat … paeans to openness, but they illustrate an important truth: Sooner or later, even the most idealistic calls to welcome migrants [sic] must contend with hard reality.

In the run-up to World War II, men [and women] inside and outside the Church invoked the gospel to justify appeasement and pacifism.  After his own flirtation with the idea, Reinhold Niebuhr came to believe that pacifism was ‘unable to distinguish between the peace of capitulation to tyranny and the peace of the Kingdom of God.’  In the name of an abstract ‘law of love,’ pacifists abandoned their duties to God and man.  They refused to recognize that a fallen world can never be free of conflict.  This was bad politics – and bad religion.

We are making a similar mistake today.  Faced with a historic surge of migration, Christian leaders have misread the gospel and misjudged human affairs.  They have done so with the best of intentions.  Just as Niebuhr’s contemporaries were correct to say that Christians must be peacemakers, today’s churchmen are right to say that we must welcome the stranger.  Each theme is inescapable in Scripture and demands the Christian’s obedience to the point of pain.  But obedience is never so simple as renouncing violence or refusing to defend national boundaries.  In an imperfect world, peace must be protected by strength of arms, and welcoming the stranger entails preserving the society that might welcome him.

We have succumbed to immigration idealism – to the vague hope that we can live in a world free of conflict and violence, in which authorities need not bear the sword, and neighbors need not build fences.  This view, like the pacifism to which it is related, dreams of an unfallen world.  ‘No more death!  No more exploitation!’ Pope Francis exclaimed during a Mass at the U.S.-Mexico border in 2016.  He was echoing Pope Paul VI’s declaration before the United Nations in 1965, ‘Never again war, never again war!’  These statements express our highest aspirations; in them we have a summary of paradise.  But we were long ago expelled from paradise, and pretending otherwise will make our world into a closer approximation of hell.

Immigration idealism has less in common with the Christian faith than with sentimental liberalism [underlining added].  ‘In this liberalism,’ wrote Niebuhr, ‘there is little understanding of the depth to which human malevolence may sink and the heights to which malignant power may rise.  Some easy and vapid escape is sought from the terrors and woes of a tragic era.’  Though they invoked the gospel, what pacifists really believed in was the Enlightenment myth wherein man ‘needs only to return to the order, harmony, justice, equality and equanimity of nature’ to escape ‘the disasters of history.’

Immigration idealists fear that any distinction between citizen and alien, national and foreigner, will revive the bloodiest ideologies of the twentieth century.  Just as fear of past mistakes motivated Niebuhr’s contemporaries to veer from Christian militarism to an equally disastrous pacifism, our churchmen risk going from a malign nationalism to a well-meaning but disastrous anti-nationalism.  In both cases, a deficient understanding of citizenship is to blame.  Niebuhr saw ‘the very limited concept of Christian citizenship held by pacifist Christians’ as one of their basic mistakes.  They recognized a certain role for the state and acknowledged that Christians had certain duties to it, but ‘when the state has to exercise its admitted central function as guarantor of order, then the state is abandoned on the ground that the Christian has a higher loyalty and code of conduct.’  By invoking their heavenly citizenship, Christian pacifists shirked their earthly responsibilities.

Rather than acknowledge each man’s need for a political home, immigration idealists valorize a kind of homelessness … ‘a certain type of mobility in the context of globalization’ … ‘the relativization of national borders and the active denunciation of all kinds of nationalism’ … ‘the pilgrim seeks to transgress all artificial borders.’

When St. Paul taught that the Christian’s citizenship is in heaven, he drew on his experience of citizenship in the Roman Empire.  Paul not only claimed his rights as a Roman citizen in Acts 22, he boasted in his status as a citizen of Tarsus….  Paul was able to take pride in his earthly and heavenly citizenships because he treated them analogically, not antonymically.  Naturally: the Church can hardly proclaim the value of our heavenly citizenship if its earthly analogue is meaningless or malign.

Christians need a response to migration that does not merely baptize liberal pieties [underlining added].  The richest resource is in Question 105 of the Prima Secundae, where Thomas Aquinas discusses the justice of the Israelites’ laws governing the treatment of foreigners.  He observes that certain commandments, such as ‘The Ammonite and the Moabite, even after the tenth generation, shall not enter into the church of the Lord,’ may strike us as cruel and seem to conflict with more universalist statements in the Old and New Testaments.  But for Thomas, God’s commandments are never arbitrary or unjust.

Thomas makes several distinctions.  The first is between travelers and migrants.  Both should be treated with respect, but people seeking to settle in the community can only be welcomed as citizens if they fulfill certain obligations.  They must, first of all, have the common good of the community at heart.  It is for this reason, Thomas says, that certain people seeking to had settled in the land were not given citizenship until after the third generation.

Thomas also distinguishes among migrants based on the nation and culture from which they come.  Those whose nations of origin had ‘close relations’ with the Israelites, such as ‘the Egyptians, among whom they were born and educated, and the Idumeans, the children of Esau, Jacob’s brother,’ were to be admitted to the Israelite community after the third generation.  Those who came from historically hostile peoples, such as the Ammonites and Moabites, were never to be welcomed as citizens.

Unlike today’s immigration idealists, Thomas makes a sharp distinction between the spiritual and political communities.  The former was open to all comers.  The latter was not.  ‘The Law excluded the men of no nation from the worship of God and from things pertaining to the welfare of the soul,’ he writes.  ‘But in temporal matters concerning the public life of the people, admission was not granted to everyone at once.’  Grace knows no boundaries, or distinctions between nations.  A just immigration policy follows a different logic.

Our Christian leaders take neither Scripture nor political reality as seriously as Thomas [Aquinas] did.  Conflating the openness of the Church with the openness of society, they imagine that immigration preferences based on shared history and culture are unjust – though their justice and prudence are demonstrated in Scripture.  They conflate the welcome given the traveler with the different and more demanding welcome given the aspiring citizen.

A just immigration policy will recognize that whereas the Church welcomes all comers, no nation can [underlining added].  It will insist that migration policy give preference to those who share the history, culture, and creed of the welcoming nation.  It will recognize that those who are, by reason of history and belief, hostile to the host culture cannot really aspire to join it.  ….

Above all, a more realistic immigration policy will recognize that not everyone can or should be admitted to any political community.  Despite what some seem to believe, neither the United States nor Europe is a Celestial City from which no weary pilgrim can be turned away.  Sentimentality about migration should be rejected as firmly as anti-migrant bigotry.

While advocating realistic and Christian migration policies, the Church must not forget that the most important migration is that of souls into heaven.  In Exsul Familia Nazarethana, Pope Pius XII speaks of the need to ‘provide all possible spiritual care for pilgrims, aliens, exiles and migrants of every kind.’  He praises the Church’s long history of care for migrants, including the Catholic colonizers of the New World.  (Pius’s view is not easily reconciled with liberal pieties.)  According to the Pew Forum, 19 percent of the foreign-born, Hispanic adults living in the United States have given up their Catholic faith – half before they arrived, half after.  These souls are lost at sea, spiritual migrants stopped at the border between earth and heaven.

Immigration idealists … have forgotten simple truths.  The state cannot arrest, prosecute, and punish lawbreakers, as it must do, without separating them from their families.  Nor can it defend its borders without the use of force.  In Christ, there is neither Jew nor Gentile, male nor female.  In this world, however, the distinction between citizen and alien, like that between man and woman, will always remain.

On this Solemnity of the Sacred Heart of Jesus we in the Diocese of Columbus are thankful for the ruling of the Supreme... END_OF_DOCUMENT_TOKEN_TO_BE_REPLACED

This is the virtual session overview of our planning area as part of Real Presence, Real Future.

A link to a recording... END_OF_DOCUMENT_TOKEN_TO_BE_REPLACED